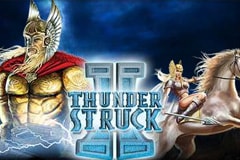 The Thunderstruck II slot has been developed by Microgaming, which is one of the best gaming software suppliers that has been providing high-quality games since the inception of the virtual gaming industry. Since its release in 2010, the game has increased in popularity significantly.

Initial Information about the Game

The video slot comes with 5 reels and 243. It is a sequel to the original Thunderstruck slot. The slot is based on Norse mythology, particularly, Asgard, the ancient city.  If you play for fun, you will get 2,000.00 game credits.  The game comes with 96.65% of the RTP rate. 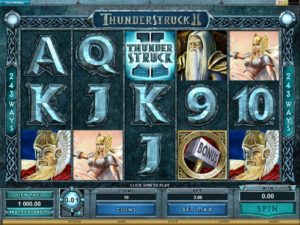 Before you begin to play the Thunderstruck II slot, you want to adjust the bet size, and you will find all the necessary features in order to do it.

There are “+/-” buttons, allowing you to increase or decrease the coins size. You need to use the “Coins” button in order to indicate how many coins you want to place in a bet. By combining these two features, you will get the total bet size. If you like to play big, you can just set the maximum bet size by pressing the relevant button.  Once your bet is set, you can start spinning the reels. There is no “Autoplay” feature in this game in the regular version, so in order to spin the reels, you will need to press the “Spin” button every time. However, if you want to have it available, you just need to enter the “Expert” menu.

The balance can be displayed either in coins or game credits. The “QuickSpin” can be accessed from the “Options” section in the main menu of the game. 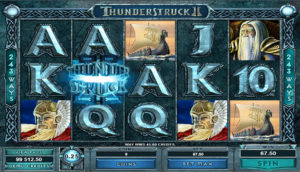 There are plenty of exciting features in the Thunderstruck II slot, and, generally, this slot can bring you lots of money. The Wildstorm feature can replace all symbols, except for the Bonus Mjölnir. You can get it randomly, and it can expand on up to 5 reels.

The Scatter of the game is Mjölnir, and if you get at least 3 them, the Great Hall of Spins will begin, which will allow you get a range of other exciting features, such as Loki symbol, Valkyrie symbol, Thor symbol, and Odin symbol, each of which comes with a certain numbers of free spins from 10 free spins (Valkyrie) to 25 free spins (Thor). Free spins can be retriggered in the Thunderstruck II slot, which is really exciting. 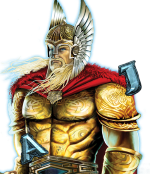 Thunderstruck II slot is one of the most interesting slot games that comes with the great theme, exciting features, quality graphics, as well as nice sound effects. It is suitable for players who enjoy dynamic gameplay as well as a chance to lots of money. 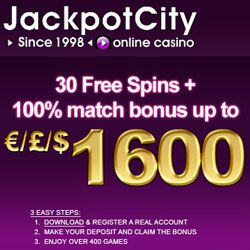